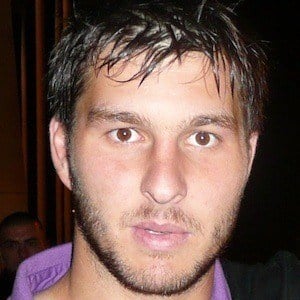 Professional soccer player best known as a skilled striker for Tigres UANL and the French national team. He made his international debut at the 2010 FIFA World Cup. He previously made a name for himself with Olympique de Marseille.

He began his youth soccer career in 1990. By 1995, he'd joined his home football club Martigues. After being told he needed to bulk up to move up to the senior leagues, he moved on to the Lorient football club where he spent two years in the youth league before joining the senior team.

He has played with a number of well known French football clubs including Pau and Toulouse.

He and his wife have three children: two sons named André-Pierre Jr., Léonard, and a daughter named Grâce. He is the cousin of fellow soccer players Jacques Abardonado and Yohan Mollo.

He has played alongside Tigres UANL captain Juninho.

Andre-Pierre Gignac Is A Member Of