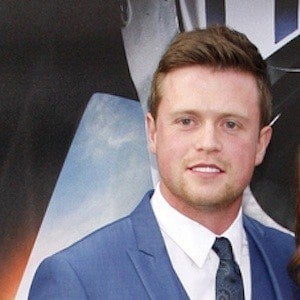 Scottish-Australian actor who starred in the blockbuster film San Andreas after already establishing himself on the smaller screen in Miss Fisher's Murder Mysteries and Home and Away. He returned to television in 2016 with The Wrong Girl.

In 2009, he graduated from the National Institute of Dramatic Art after leaving Barker College. He played Jack in The Importance of Being Earnest for his graduation play.

One of his breakthrough parts was as a guest in the mini-series Cloudstreet.

He and his family moved to Sydney, Australia when he was 2 years old. His brother went to the army, his sister became a lawyer and his parents were in the Navy.

He starred alongside Dwayne Johnson in San Andreas.

Hugo Johnstone-Burt Is A Member Of