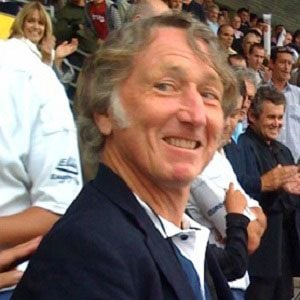 Welsh rugby union fullback who played internationally for Wales during the team's "Golden Era" of the 70's. He is a member of the inaugural class of the International Rugby Hall of Fame, founded in 1997.

He was a promising young tennis player who competed at the Hard Court Championships of Great Britain in 1968.

He worked as an orthopaedic surgeon following his retirement from international rugby in the early 80's.

His full name is John Peter Rhys Williams. He married a woman named Scilla and has daughters named Lauren and Annie.

He was teammates with Welsh rugby legend Gareth Edwards on the British and Irish Lions.

JPR Williams Is A Member Of