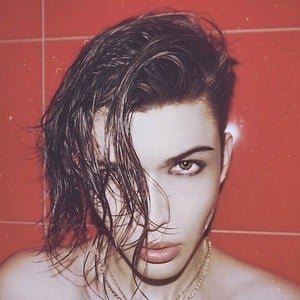 He began posting to Instagram in May 2016 and was introduced as Matthew Lush's boyfriend the same month.

He has more than 4,000 followers on Instagram, where his known for his black-and-white selfies.

He is of Spanish descent.

Like Nicholas Laws, he is a former boyfriend of Matthew Lush.

Hugo Vitali Is A Member Of