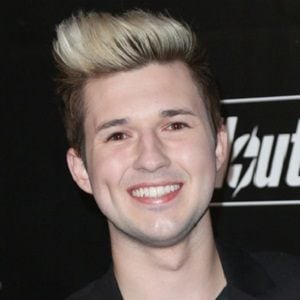 YouTube phenomenon known for his channel Nickalaws, which has amassed over 480,000 subscribers. He also collaborated on the channel Lush with his former boyfriend Matthew Lush.

He and Matthew uploaded their first video to their collaborative channel on August 16, 2013.

The first video he ever uploaded to his personal channel was called "My Coming Out Story." By the time he uploaded this first video, he already had 11,000 subscribers.

He grew up with a brother. He dated Matthew Lush for over two years. He later dated YouTuber Ryan Minaj in 2017.

He posted a video titled "GAY GUYS ON TINDER!" with Arielle Scarcella.

Nicholas Laws Is A Member Of