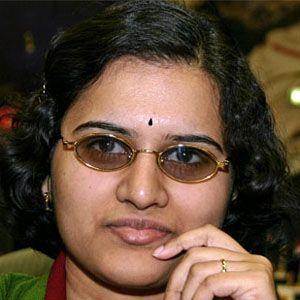 Female chess Grandmaster and rising star who has been ranked as highly as second in the world.

She became the youngest woman ever to become a Grandmaster in 2002.

She and the Polgar sisters are considered to be the best female chess players in the world.

She is among Magnus Carlsen as one of the biggest stars in modern chess.

Humpy Koneru Is A Member Of