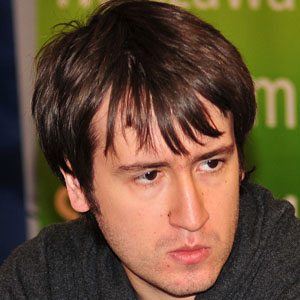 Former chess prodigy who is one of the highest ranked players in the world and the best player in his native Azerbaijan.

He became a Grandmaster at the young age of 14.

He is credited with repopularizing the King's Indian Defence and in 2012 FIDE ranked him the No. 1 player in Azerbaijan and the fourth in the world.

He uses his mother's surname due to prejudice against his father's Jewish heritage.

He defeated Garry Kasparov when he was just 15 years old.

Teimour Radjabov Is A Member Of