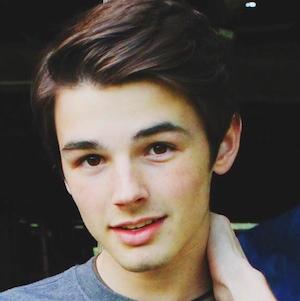 Social media sensation who tours with Dream Big, PressPlay, and Rewind tours to meet fans. He initially gained fame on Vine before developing a significant following on Instagram.

He was just an average 14-year-old with nothing to do, so he decided to take a stab at becoming famous on social media.

He has over 110,000 Instagram followers. He is an avid tennis player.

He was born in Atlanta, Georgia. His younger sister Scotland frequently appears on his Instagram.

He went on the Dream Big tour with other social media stars such as Alexia Raye and Jack Dail. During the tour, he appeared in a number of Vines with Walker Rogers.

Hunter Geurink Is A Member Of