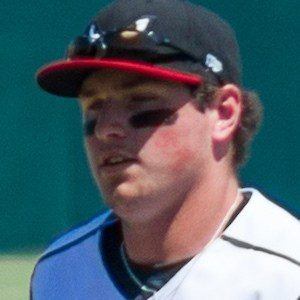 Known for his impressive raw power, he is an outfielder who was taken 13th overall in the 2013 MLB draft by the San Diego Padres.

He attended Copiah Academy in Mississippi.

The Boston Red Sox originally drafted him in 2010, but he chose to attend Mississippi State University.

His parents are named Tammy and Todd. He married Courtney Elizabeth Beach in 2015.

He was originally drafted in 2010, which was the same draft that produced five-tool outfielder Bryce Harper.

Hunter Renfroe Is A Member Of