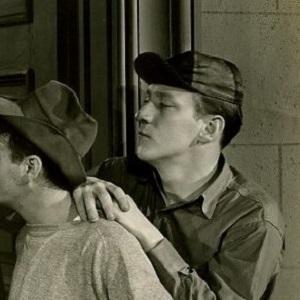 Played the zany sidekick Horace DeBussy "Sach" Jones in 48 Bowery Boys films in the 1940s and '50s. He also portrayed a gangster named Crab in the 1938 James Cagney film Angels with Dirty Faces.

He began his career at age five by performing on radio stations before earning roles on Broadway.

He was one of the celebrities depicted on the cover of the 1967 Beatles album Sgt. Pepper's Lonely Hearts Club Band.

He played a supporting role alongside Helen Hayes in the 1974 comedy Herbie Rides Again.

Huntz Hall Is A Member Of