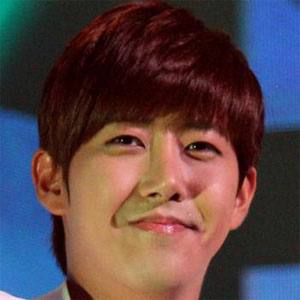 Known best as a member of the South Korean vocal group ZE:A, this popular boy band performer also appeared on numerous variety and reality shows, including Running Man, Star King, and A Date with K-Pop Stars.

Shortly after releasing "Mazeltov," his 2010 debut single with ZE:A, he made cameo appearances (along with his bandmates) on the television shows Prosecutor Princess and Gloria.

He won SBS and MBC Entertainment Awards for his work in, respectively, Star King and We Got Married.

He grew up in the city of Paju in South Korea's Gyeonggi Province.

He and fellow Korean singer Han Sunhwa were paired on the popular reality television series We Got Married.

Hwang Kwanghee Is A Member Of