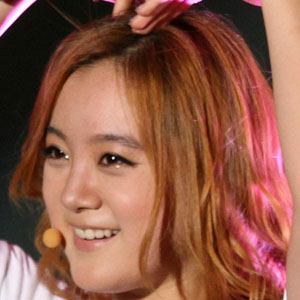 South Korean singer and rapper best known as a member of the girl group Wonder Girls. Their single "Like This" won a Gaon Chart K-Pop Award for Song of the Year in 2012.

She was originally a member of a group known as JYP Sisters.

She has made appearances in films like 2010's The Last Godfather and 2014's Demolition of Marriage Alliances.

She and Sunye Min have both been members of the popular K-pop group Wonder Girls.

Hyelim Is A Member Of