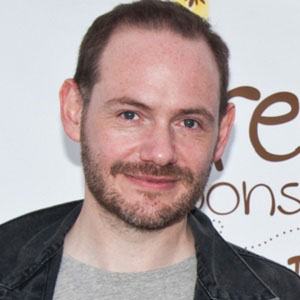 One third of the electronic trio Chvrches. He is also an established composer and has written music for both film and television.

Before the formation of Chvrches, he played guitar for Aereogramme from 1998 until their split in 2007.

Chvrches won the Grulke Prize in 2013 at South by Southwest.

He is from Glasgow, Scotland.

He is joined in Chvrches by lead singer Lauren Mayberry.

Iain Cook Is A Member Of