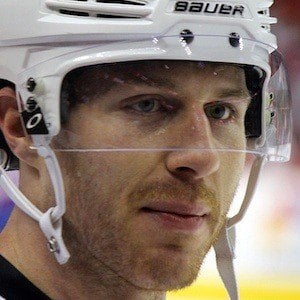 NHL defenseman who won a Stanley Cup title with the Pittsburgh Penguins in 2016. He was a first-round draft pick of the St. Louis Blues in 2007.

Although drafted in 2007, he proceeded to play three seasons at the University of Notre Dame before signing with the Blues.

He was traded to the Penguins in exchange for Robert Bortuzzo during the 2014-2015 season. He won a bronze medal with the US at the 2007 World Junior Championships.

He was born to Doug and Connie Cole and has a sister.

He was teammates with Kevin Shattenkirk while on the Blues.

Ian Cole Is A Member Of