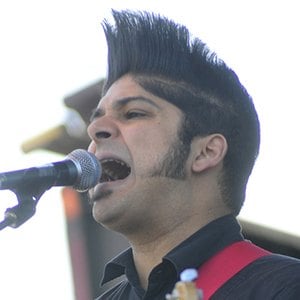 Member of the rock group Billy Talent as a guitarist who has also served as a producer for bands including Say Yes, The Lazys and Die Mannequin.

He formed a band called Dragonflower in 1991 with schoolmates of his. He then formed a group called Soluble Fish

He attended Sheridan college where he got his degree in classical animation while still playing with Billy Talent (then known as Pezz). He worked on the TV shows Angela Anaconda and Birdz, as well as the movie Adventures in 3-D IMAX.

He moved with his family to Canada when he was 3 years old. He grew up in Mississauga, Ontario.

He would perform alongside Benjamin Kowalewicz in the band Billy Talent.

Ian D'Sa Is A Member Of