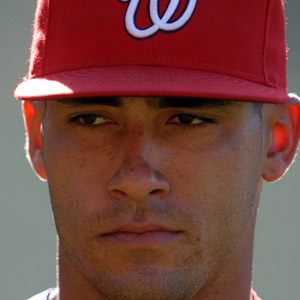 MLB short stop and outfielder who began his career with the Washington Nationals in 2009. After seven years in Washington, he spent the 2016 season with the Texas Rangers. He then signed with the Colorado Rockies prior to the 2017 season.

He was born and raised in Sarasota, Florida.

He was named to his first MLB All-Star team as a member of the Nationals in 2012. He returned to the All-Star Game for a second time during his lone season with the Rangers in 2016.

He married Chelsey Desmond in 2010 and he has a son named Grayson. His brother-in-law Josh Roenicke became an MLB player as well.

He was teammates with outfielder Bryce Harper on the Nationals from 2012 to 2015.

Ian Desmond Is A Member Of