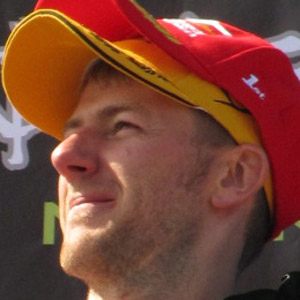 English motorcycle racer who swept the Isle of Man TT in 2010 with five solo wins. He has raced for Padgett's HRC Honda Team and won the Macau Motorcycle Grand Prix in 2013.

He won the Newcomers Race at the Manx Grand Prix in 2003.

He suffered injuries during a race at Silverstone which required skin grafts and sixteen surgeries.

He is of New Zealand and Guatemalan descent.

He and Ron Haslam have both won the Macau Motorcycle Grand Prix.

Ian Hutchinson Is A Member Of