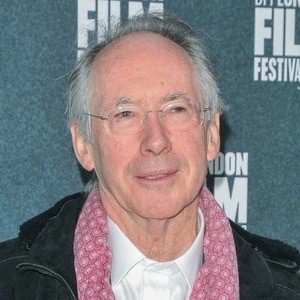 English novelist and screenwriter who was on The Times list of "The 50 Greatest British writers since 1945" in 2008. Some of his novels include Atonement, Sweet Tooth, and Enduring Love.

He earned a degree in English literature in 1970 before publishing his first collection of short stories called, First Love, Last Rites in 1975.

He was presented with the University of Sussex's 50th Anniversary Gold Medal in 2012 for his work in literature.

He was married twice and has two sons.

He was defended by fellow author John Updike, when he was accused of plagiarism in 2006.

Ian McEwan Is A Member Of