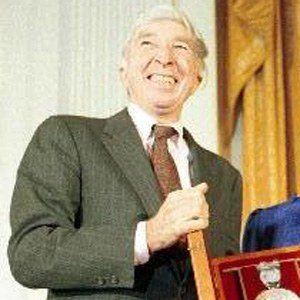 Acclaimed American novelist, short story writer, poet, and critic who wrote the acclaimed Rabbit Angstrom series, which consists of "Rabbit, Run," "Rabbit Redux," "Rabbit Is Rich," and "Rabbit At Rest." He was the recipient of both the National Book Award and the Pulitzer Prize for Fiction.

After graduating from Harvard University with a degree in English, he decided to study graphic design and become a cartoonist. He began his literary career as a staff writer for The New Yorker.

His eight poetry collections include "The Carpentered Hen" and "Endpoint."

He was married to Mary Pennington for over twenty years. His second marriage, to Martha Ruggles Bernhard, lasted more than thirty years. He had two sons, David and Michael, and two daughters, Elizabeth and Miranda.

He was one of a select group of authors, including William Faulkner, to win the Pulitzer Prize for Fiction more than once.

John Updike Is A Member Of