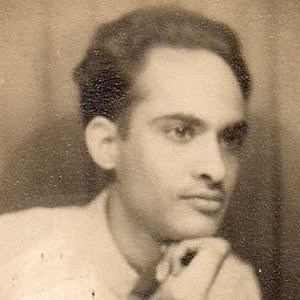 Indian fiction writer who became known for his 125-book series, Jasoosi Dunya, and for his 120-book series, Imran. He wrote primarily in the crime, mystery, and spy genres.

He attended the Aligarh Muslim University and subsequently worked as a poetry editor.

During the 1970s, he unofficially worked for a Pakistani Intelligence Agency.

He married Ume Salma Khatoon in 1953. He died of cancer on his fifty-second birthday.

Like fellow author Vikram Seth, Safi was born in India.

Ibne Safi Is A Member Of