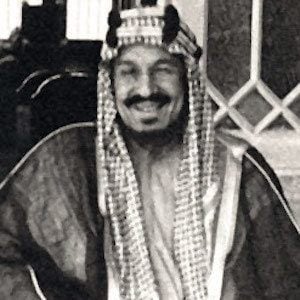 Also known as King Abdulaziz, he conquered neighboring lands to form the Kingdom of Saudi Arabia, over which he ruled for more than twenty years. During his reign, petroleum was discovered in his country; thus, the Middle Eastern oil empire began.

During his teenage years, he was forced out of Saudi Arabia by members of the Al Rashid dynasty; consequently, he lived briefly in Qatar and Bahrain and spent close to ten years in Kuwait.

At the end of World War II, he met with both American President Franklin D. Roosevelt and British Prime Minister Winston Churchill.

Ibn Saud Is A Member Of