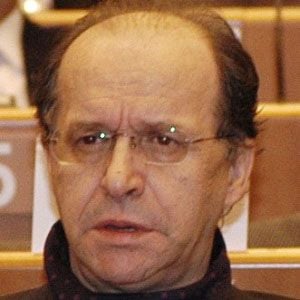 In the 1990s and early 2000s, this prominent member of the Democratic League of Kosovo served as President of The Republic of Kosova, an internationally unrecognized political entity that was formed by politicians of Albanian heritage living in the Autonomous Province of Kosovo and Metohija.

Throughout his presidency, and even during the Kosovo War, he was a staunch advocate of non-violence in Kosovo's struggle for independence.

He was born in Crnce, Yugoslavia, and grew up in a family of Albanian descent. His marriage to Fana Rugova resulted in children named Mendim, Uke, and Teuta.

He and Hashim Thaci both established provisional Kosovar governments during the late 20th and early 21st centuries.

Ibrahim Rugova Is A Member Of