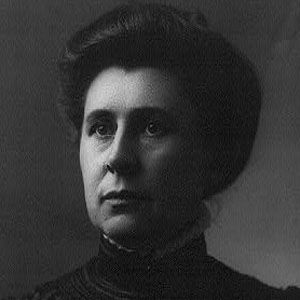 Her series of exposés on the Standard Oil company led to the Supreme Court decision of breaking up the company.

One of the only women in her Allegeny College graduating class, she took on a me-against-the-world spirit to McClure's magazine, where she started investigating big business.

She dug into volumes of Rockefeller business records, news reports and court testimony to uncover the unfair methods they used in their ascent.

Her birth to an oil family among the derricks of northwest Pennsylvania and helped her to make sense of the Rockefellers' business dealings.

President Theodore Roosevelt would later frown on her generation's brand of investigative reporting known as muckraking.

Ida Tarbell Is A Member Of