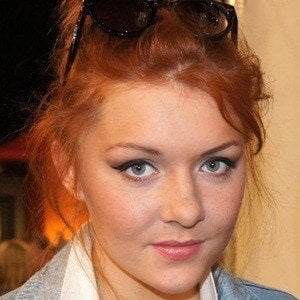 Polish actress who is most famous for her longtime role as Ula on the ultra-popular TVP2 drama series M Jak Milosc. She is also a singer who has performed with the rock band Daisy and the Moon.

She was raised in the Polish village of Gniewino. She attended a music school in Gdansk.

She performed on the third season of the singing competition Kashubian Idol.

She has younger sisters.

She has appeared alongside Iga Górecka on M Jak Milosc.

Iga Krefft Is A Member Of