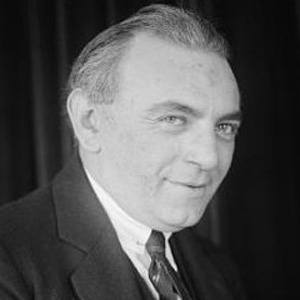 Child prodigy who became one of the foremost piano virtuosos of his time and was admired by critics and colleagues alike.

He made his debut in Vienna in 1904, during which he presented three piano concertos, an accomplishment few had equaled in their first professional performances.

His memory was honored with the annual Ignaz Friedman Prize for composition bestowed by the Sydney Conservatorium of Music.

He was the son of an itinerant Jewish musician.

He was considered to be the undisputed master of Frederic Chopin's compositions.

Ignaz Friedman Is A Member Of