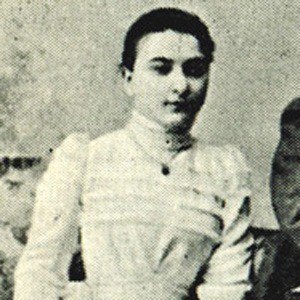 Russian-American pianist who also worked as a music teacher at The Julliard School after World War I and the Russian Revolution.

She began studying piano when she was six years old before later being admitted to the Moscow Imperial Conservatory.

She also taught at the University of Southern California, Los Angeles.

She married Josef Lhevinne, a pianist who taught her at the Moscow Imperial Conservatory.

Her conductor at her debut with the New York Philharmonic was Leonard Bernstein.

Rosina Lhevinne Is A Member Of