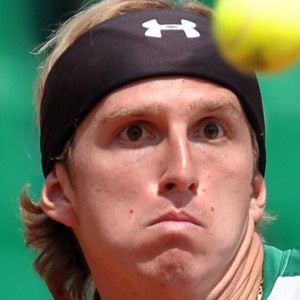 Former Russian tennis player who ranked as high as 18th in the world and reached the quarterfinals of the 2007 Australian Open. He won 3 singles titles in his career and compiled a record of 224-212.

He began playing tennis at the age of seven at Moscow's Spartak sports center.

He was defeated by Novak Djokovic in the quarterfinals of the 2007 Australian Open.

Igor Andreev Is A Member Of