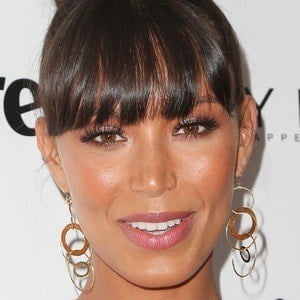 American actress whose profile was raised considerably when she was cast as Stephanie Holden in the 2017 film adaptation of Baywatch. She previously had recurring roles on series like Show Me a Hero and Billions.

She was raised in New York City and graduated from the Fiorello H. LaGuardia High School of Music & Art and Performing Arts.

She has worked with the African Services Committee to improve the quality of life of impoverished African citizens.

She got engaged to Alex Soroken.

She was cast as the love interest of Dwayne Johnson in Baywatch.

Ilfenesh Hadera Is A Member Of