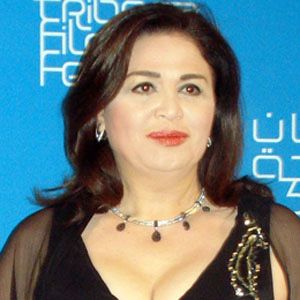 Egyptian movie actress who became prominent during the 1980s and 1990s, especially with films like Omahat Fee Al Manfa and Al-Sajinatan.

She made her acting debut in the 1981 film Omahat fi al manfa.

She starred in the 2009 film One-Zero, one of her most commercially successful films.

Ilham Chahine Is A Member Of