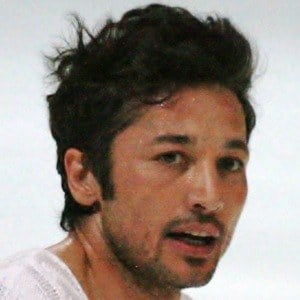 Professional football player who is known for his work as a forward on the MKE Ankaragucu club as well as the Turkey national team. He is also a professional figure skater as well. He is also known for have been the assistant coach at Besiktas in July of 2018.

His youth career started with SV Lenzfried and in 1994, he made his senior debut for FC Koln. He began earning attention for his work with the Besiktas JK club and started playing with turkey's international team in 2001. He began ice skating at the age of 33.

As part of Turkey's national team, he placed third at the 2002 FIFA World Cup.

He has a daughter named Aimee who was born in 2003.

He assisted Hakan Sukur in the 2002 World Cup to score the fastest goal in a World Cup finals match.

Ilhan Mansiz Is A Member Of