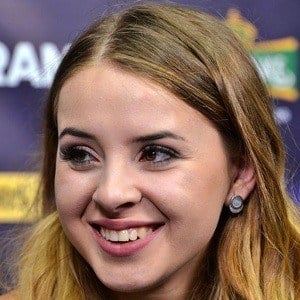 Pop star who represented her home country of Romania at the 2017 Eurovision Song Contest with the song "Yodel It!" She is known to her fans for her distinctive yodeling.

She auditioned for the singing competition Românii au Talent at age 13.

The song "Yodel It!" was originally written for the band Timebelle but was given to Ilinca because of her yodeling abilities.

He was born in Târgu Mureș, Romania.

She performed at Eurovision alongside singer Alex Florea.

Ilinca Bacila Is A Member Of