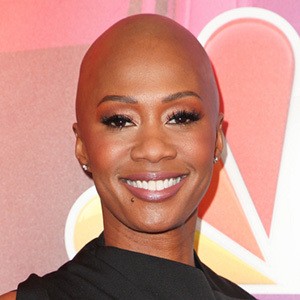 Well-known psychiatrist whose fame escalated after joining the cast of Bravo's Married to Medicine Los Angeles in 2019. She has worked as the medical director of Gateways Hospital & Mental Health Center in L.A.

She earned her degree from the New York College of Osteopathic Medicine.

She became known for her trademark shaved head.

She married '90s R&B singer Phil Johnson and has a son named Idris.

She joined Noelle Reid in the cast of Married to Medicine Los Angeles.

Imani Walker Is A Member Of