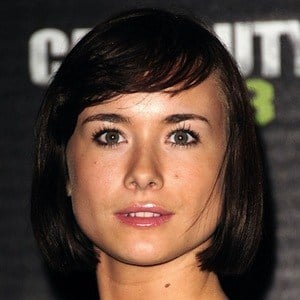 Cycle 7 contestant for the series Britain's Next Top Model in 2011 who later returned to television as a cast member in The Only Way Is Essex. She was a top four finisher on the former reality show.

She was a promotions girl for the Essex clob Sugar Hut.

She became involved in the 2017 movies Justice League and The Halcyon.

She is from Southend-on-Sea.

She was the picture double for Katherine Waterston in 2016's Fantastic Beasts and Where to Find Them.

Imogen Leaver Is A Member Of