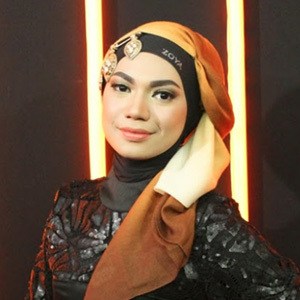 Singer who was voted the winner of the first season of the talent show Rising Star Indonesia in 2014. Following her victory, she released a number of well-received singles, including "Biarlah Sendiri," "Rabbana" and "PHP."

She graduated from the Muhammadiyah University of North Sumatra.

She won a Putar Film Award for her song "Rabbana."

She performed Ariana Grande's "Problem" at the 2015 Dahsyatnya Awards.

Indah Nevertari Is A Member Of