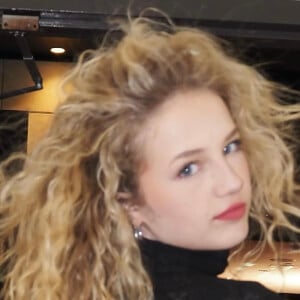 American singer, actress and influencer who is most famous for her roles on television shows, including Henry Danger and Dead To Me. She also appears on Brat TV's Charmers as Paris. She is also an accomplished dancer who has performed as part of the Kidz Bop and in stage productions like Nutcracker Ballet.

She has been dancing since the age of three and is trained in various styles including modern, ballet, hip hop, lyrical and jazz funk. She attended the Gray Studios drama school in Los Angeles, California.

She was a guest on the popular web series Teens Wanna Know in 2017 and she played the character Young Vista in the superhero movie The Hyperions. She joined the Vibe Crew in 2020. She has has released several original songs, including "All My Friends" and "Exposed."

She is the sister of actress Azalea Carey. Her brother Lex was featured in her YouTube video titled "SURPRISING My BIG BROTHER with BRAND NEW PS5 PRANK CHALLENGE." She has dated Walker Bryant and Donlad Dougher.

She appeared alongside Jace Norman on Nickelodeon's Henry Danger.