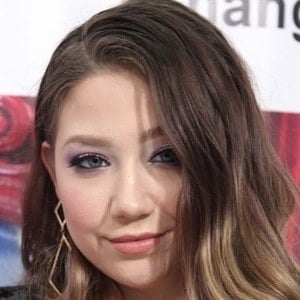 Actress and social media star best known for her azaleacarey TikTok account where she posts dance and lip-sync videos, often involving her friends. She has earned over 130,000 followers on the platform. Multiple videos on her TikTok have featured her dressed in Halloween costumes which have included a skeleton and Little Red Riding Hood.

She has appeared in several short films including Maryellen and the Brightest Star.

She has gained over 170,000 followers on her azaleacarey Instagram account. One of the most popular videos on her YouTube channel features her testing TikTok food trends.

Indi Star is her younger sister. She also has a brother named Lex. In January 2021, she began a relationship with Connor Cain.

In 2020, she posted a TikTok video set to the Conkarah song "Banana" featuring Shaggy.

Azalea Carey Is A Member Of