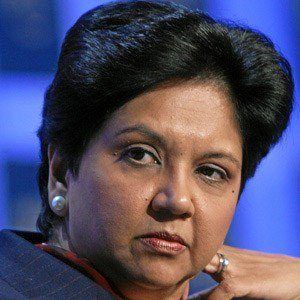 Executive who served as the Chairperson and Chief Executive Officer of PepsiCo, the second-largest beverage company in the world.

She was referenced by Blair Waldorf, who was played by Leighton Meester, in two episodes of the hit show Gossip Girl.

Indra Nooyi Is A Member Of