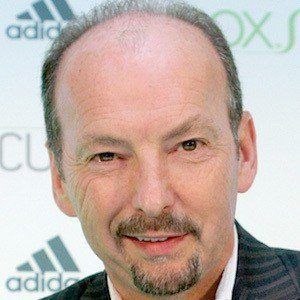 English businessman known for his time with Microsoft and EA Sports. He helped promote the Xbox and Xbox 360 before leaving in 2007 to become COO of EA Sports. He was noted during his time at Microsoft for promoting Halo 2 and Grand Theft Auto IV by donning tattoos, although their permanence has been questioned.

He attended Keele University for his undergraduate work before attending Cal State Long Beach to complete his master's degree. His first taste of the video game industry was with his time at Sega, where he oversaw sales of the Dreamcast.

Prior to working with Sega, he'd been with Nike and Patrick USA, both of which deal in fitness wear. He appeared as a zombie in the House of the Dead movie adaptation. South Park made fun of him in a season 15 episode. A picture of his caricature from the episode has since appeared as his Twitter banner photo.

He grew up in Liverpool, but later settled in San Francisco with his family.

Steve Ballmer was CEO of Microsoft when he was initially brought to the company in 2003.

Peter Moore Is A Member Of