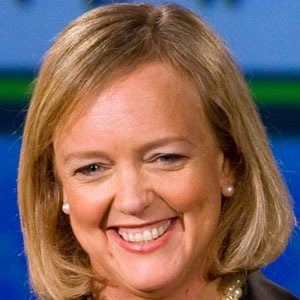 Served as President and CEO of eBay from 1998 until 2008. Shee ran for Governor of California in 2010, but lost to Jerry Brown.

She graduated college with a major in economics from Princeton, and then got her M.B.A. from Harvard in 1979.

She had tremendous success at eBay, growing the company from 30 employees all the way up to 15,000 employees.

She married Griffith Rutherford Harsh IV in 1980, and the couple had two children together.

She tried to replace Arnold Schwarzenegger as Governor of California, and though she won the Republican primary, she lost the general election.

Meg Whitman Is A Member Of