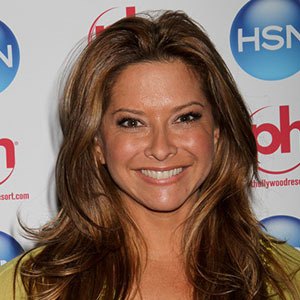 Television host who is known for her work on Top Chef Estrellas and Simply Delicioso. Specializing in food focused content. she has also published several cookbooks including Chica Tips and Latin D'Lite.

Her passion for food started when she was a young girl who cooked meals with her mother. She eventually moved to Miami where she owned a high fashion boutique as well as the restaurant Rocca. She was then signed to her own cooking show through Hearst Entertainment and developed the show Delicioso with Ingrid Hoffmann.

Her cookbook Simply Delicioso: A Collection of Everyday Recipes was voted Flavors of Passion Chef of 2011 for her contribution to bringing awareness to the flavors of Latin America.

Her mother is a Cordon Bleu chef who helped inspire her passion in cooking.

She has appeared on several other talk shows including Oprah Winfrey's show and The Wendy Williams Show.

Ingrid Hoffmann Is A Member Of