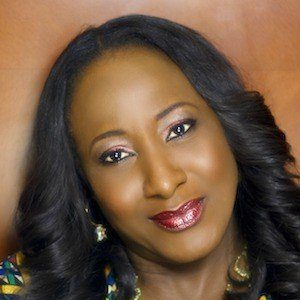 Africa Movie Academy Award nominated actress who is recognized for her portrayal of Dr. Elizabeth in the 2015 box office hit Fifty. She also appeared in The Wedding Party which screened at the 2016 Toronto International Film Festival.

Early in her career she hosted the daily STV network program Today On.

She starred on the dramatic web series Gidi Up.

She and her husband Patrick Doyle had six children.

Both she and Adesua Etomi starred in the film The Wedding Party.

Iretiola Doyle Is A Member Of