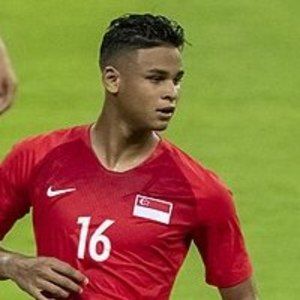 He began his youth soccer career at the Singapore National Football Academy and finished it off at the Universidad Católica.

He has played for the youth teams of Barnechea and Hércules football clubs.

He is the son of soccer veteran Fandi Ahmad and South African model Wendy Jacobs. He has three younger brothers named Ikhsan, Ilhan and Iryan and a sister named Iman.

Both he and Shahril Ishak gained popularity as Singaporean soccer players.

Irfan Fandi Is A Member Of