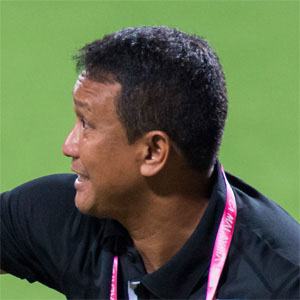 Midfielder and striker in the Singaporean football leagues who won the Singapore FA, Kuala Lumpur FA, and Pahang FA titles during his career.

He started out playing goalkeeper, following in his father's footsteps, but on the advice of a coach, he switched to midfield.

After retirement, he became a manager in the Indonesian leagues.

He and Samir Nasri were known to be devout Muslims first and soccer players second.

Fandi Ahmad Is A Member Of