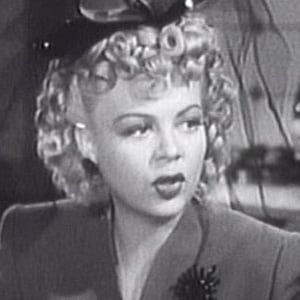 Early 20th century film actress who starred in Lady of Burlesque in 1943 and The Love Bug in 1968.

She began her entertainment career by winning a Los Angeles beauty pageant.

She became known for her role in the 1968 film Odd Couple.

Her husbands included Charles Over, George Jay and Ray Murphy.

She had a supporting role in the 1948 film The Paleface with Bob Hope .

Iris Adrian Is A Member Of