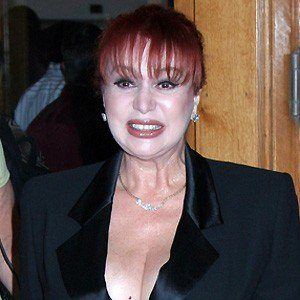 Puerto Rican dancer, singer, actress and sex symbol who toured internationally as a variety performer and was nicknamed "The Puerto Rican Bombshell."

She studied as a performer at the University of Puerto Rico in the early years of her career.

She was the star of a sexually charged, 1982 AMCAR, Inc. commercial that received a tremendous amount of publicity.

She was married to Elin Ortiz from 1969 to 1975. Following her divorce, she wed Junno Faria, with whom she had one child.

She was once described by television host David Letterman as a Puerto Rican version of Loni Anderson.

Iris Chacon Is A Member Of