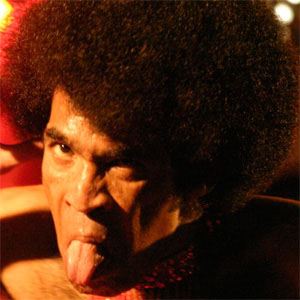 Dancer and entertainer most widely remembered as a member of the 70's disco group Boney M. He performed with the group on many of their biggest hits, including "Rivers of Babylon" and "Rasputin."

He grew up on the island of Aruba and worked as a DJ in the Netherlands.

He appeared in his music video for DJ Roger Sanchez's "Turn On the Music" in 2005.

His daughter, Zanillya Farrell, is a critically-acclaimed rapper.

He ironically died on the same day as Grigori Rasputin, and in the same city.

Bobby Farrell Is A Member Of