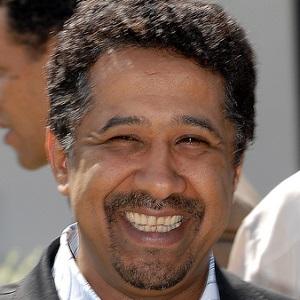 Algerian singer and multi-instrumentalist whose work in the rai subgenre of folk music has earned him the title of "King of Rai." He is the author of a number of the movement's most famous songs, including "Didi," and has sold more than 80 million albums worldwide.

He grew up in the neighborhood of Eckmuhl and founded the band Cinq Etoiles at age fourteen.

The title track from his 2012 album C'est la Vie broke records for iTunes downloads in both Europe and Canada.

His full name is Khaled Hadj Ibrahim. He married Samira Diabi in 1995, with whom he has four daughters and one son.

Khaled Is A Member Of