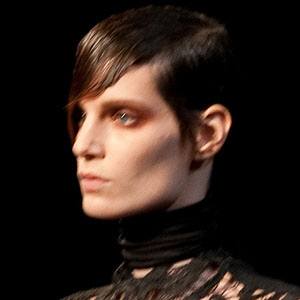 She began her career at the age of seventeen, after having been discovered by a modeling agent while studying abroad in New York, U.S.A.

She appeared on the covers of the Spanish, Italian, German, French, and Japanese versions of Vogue. Vogue Paris listed her among the thirty best models of the early 2000s.

She was born and raised in Salzburg, Austria. She later signed with Hamburg, London, New York, Milan, and Paris-based modeling agencies.

Fashion photographer and designer Karl Lagerfeld captured her image for the 2011 edition of the Pirelli Calendar.

Iris Strubegger Is A Member Of