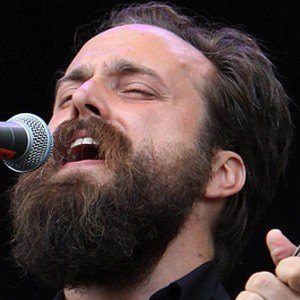 Birth name Samuel Beam. His songs were featured on Grey's Anatomy, House, and many other TV shows.

He graduated from the Virginia Commonwealth University with a degree in art.

He took his stage name from a dietary supplement called Beef Iron & Wine that he stumbled upon while shopping at a general store.

His father worked in land management and his mother was a teacher. He and his wife Kim have five daughters together.

Iron & Wine Is A Member Of