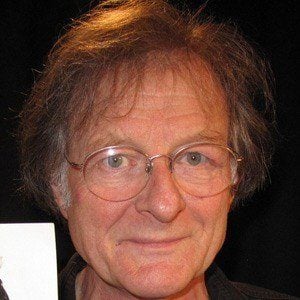 Photographer whose stunning portraits of models and celebrities earned him national acclaim. Among his subjects were Martha Graham, Marcel Duchamp, Pablo Picasso, and Igor Stravinsky.

He initially intended to become a painter; however, a job designing cover photographs for Vogue magazine in the 1940s jumpstarted his career in photography.

His photographs were characterized by the use of natural light and spare backgrounds.

His wife, fashion model Lisa Fonssagrives, modeled for many of his best-known works. Their son Tom became a metal designer.

His younger brother Arthur Penn directed "Bonnie and Clyde" and other films.

Irving Penn Is A Member Of